Today, our post looks at loneliness — in the workplace. I can recall many years ago my feelings of ‘not belonging’ and feelings of lost in loneliness. I thought I was out on a limb alone — a classically trained musician transitioned into an industry of computer geeks and engineers. (The old adage: ‘follow the money’ had led me to a career change!) 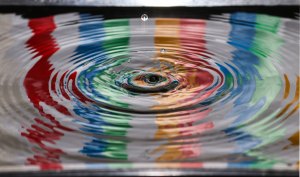 Today I read a blog from gothamCulture — I was most likely surrounded by colleagues feeling a similar disjointedness — out of sorts, if you will.  From research that I can find, loneliness is endemic — perhaps worldwide, certainly in western countries. It affects many beyond the elderly. UK stats indicate that 9 million Brits suffer from loneliness — 14% of the population — leading PM Theresa May to appoint a Minister for Loneliness. Does this sound strange; yet Sweden and Canada see the UK’s approach as successful and have followed suit.

We do know that loneliness is more amplified in some industries and some careers than others — more exaggerated in some positions than others. A few years later, as the CEO of a large non-profit in the arts, I felt the distance as a moat, one too wide to leap. I needed to protect a primarily young staff from the tumultuous politics of an ineffective board.  Dysfunctional behavior — deceit and insincerity among the creative staff compounded further my isolation and my feelings of loneliness. An executive coach most likely saved my sanity, but it was a whistle-blower event which interrupted my loneliness as the staff rallied to expose the reality and legitimacy of the claim.